… and redirecting all sound from desktop Ubuntu to them.

Note that this system isn’t working perfectly for me and I’m finding the sound drops out about once a minute. I’m looking into other methods using pulseaudio.

Set up an Orange Pi Zero and boot it using an Armbian installation (it will say “Welcome to ARMBIAN” when you log in). 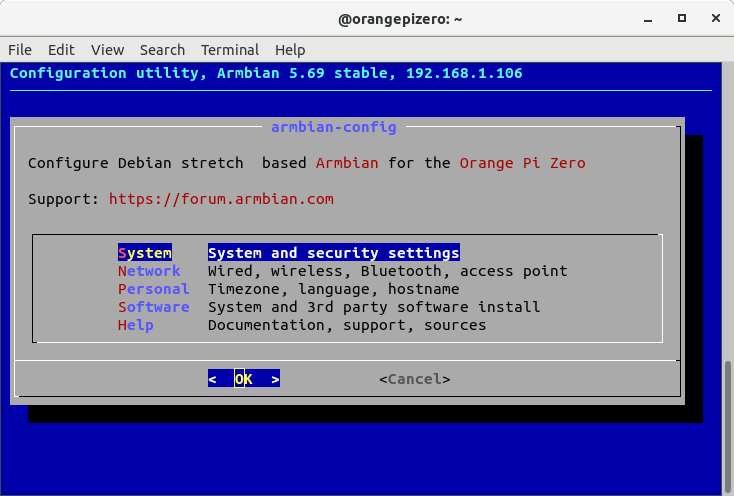 Wait until it loads, then select “System” (arrow keys to move up and down, Enter to select). 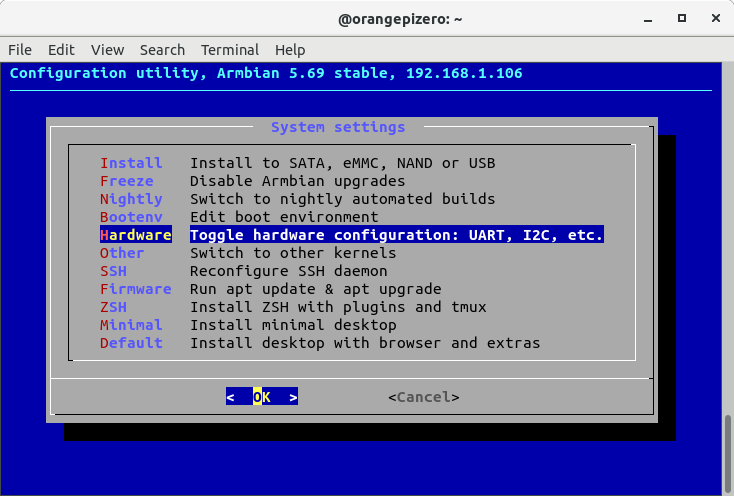 Scroll down to “Hardware” with the arrow keys and press Enter. 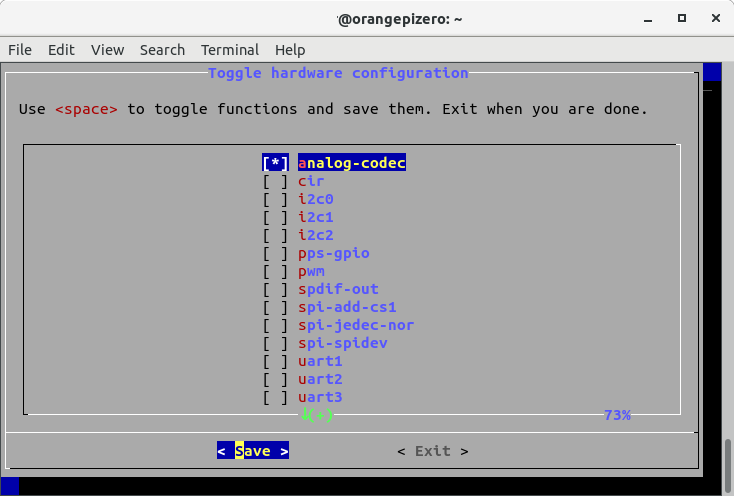 Use arrow keys to select “analog-codec” (if it isn’t already) and then press space so that a “*” appears between the square brackets (if it isn’t there already).
Press Enter to Save.

You have now enabled the audio output.

You now have the sound server program running. Lets name it something different.

Use the arrow keys to move the cursor to the start of the first line after “general =” that starts with a “//”. Press return to add a new line above it.

On the new line you created, press tab and then type (for example) :

On mine I found that it was turned down really low, so had to turn it up. Run the following command to set the volume levels :

Left and right arrows select the “fader” – you want to push “Line Out” and “DAC” up. Push them both up until they start turning grey instead of green – you might want to return to this later to fine tune levels once you have music playing.

Launch the “Settings” application and go to “Sound”. You should see your Orange Pi listed under “Output”. I have two versions appearing, one has what looks like a MAC address after it, the other my Orange Pi’s ip address. Use the latter.

Note there is usually a couple of seconds of latency due to the buffering, but this is fine with music (not so much with video).

If the audio drops out once in a while…

The following command increases the priority of the shairport-sync server running on the Orange Pi Zero by setting all process run by the user (-u) “shairport-sync” to be very important. Hopefully this will help. Another option might be to increase the buffer size, although this would increase latency.